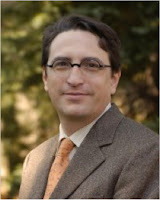 You say that you don’t care what the 47% think.  Now, the notion that a presidential candidate would admit to not caring about the feelings and opinions of a huge percentage of the population of the country he wants to govern is self-evidently nauseating.  Many of the letters to you here have already explained this in prose far more elegant and moving than I could ever muster. Instead, I want to write briefly just to explain one small point that, while implicit in many of the letters here, could probably benefit from being made more explicit, because, well, let’s face it, you seem to be sort of a dope.

The point is that people—hmm, how should I put this?  I want to keep it simple—“change over time.”  That is to say, someone who is in one set of circumstances at one point in his or her life might in fact find him or herself (you don’t mind that I keep making a point to include both genders, do you?) in a different set of circumstances at a somewhat later point in his or her life. Are you following so far?  And, moreover, that person may be quite certain that his or her circumstances are likely to change for the richer.  So, someone who is right now in the 47% might in fact know that they will at some point in the near future not be in the 47%, and therefore might care about what the next President will do for the 53% and vote accordingly.  I keep trying to figure out why you wouldn’t care about that subset of the 47%.  Of course I want to reiterate here that this is a relatively minor problem compared to the overall inexcusable disgustingness of you not caring what the permanent subset of the 47% thinks, but still I think it’s worth mentioning.  I hope you’ll forgive my persnicketyness, but I’m a lawyer, and so failures of logic tend to bug me.

When I’m talking about people in the 47% who know they will soon be out of the 47%, I’m thinking largely of myself some years ago.  I now pay a shitload of taxes.  Hell, I even got slammed with the alternative minimum tax last year, which I think is something that was actually designed for guys like you.  But whatever.  The point is that I didn’t always pay so much.  Like twenty zillion or so other people who had to take out student loans to get through college and/or graduate school, I spent much of my early adult life in debt.  I did the things that most of us have to do before getting into the 53%--scouring liquor stores for the absolute cheapest possible beer (Blatz Light?  Lucky Beer?), paying rent with a Discover Card, living in apartments teeming with rats (rats, mind you, not mice), selling used CDs for a bit of pocket change, living in an apartment in China which only sometimes had running water (okay, that’s a bit idiosyncratic, perhaps, but you get the idea).  Indeed, it wasn’t all that long ago that my wife and I lived in a slummy apartment where the sink fell off the wall when I leaned on it and where the bathroom was so small and close to the kitchen that I could flip pancakes while taking a shower.

I always knew that before long I would pay off the loans and get a raise and end up with a bunch of money.  If I had been a selfish curmudgeony twit, I might have wanted to vote for President who would maximize my welfare once I made the inevitable leap to the 53%.  I don’t think I am such a twit, but you wouldn’t have known it (and believe me, those twits are out there), so why wouldn’t you have tried to court me?  I guess the answer is either that you aren’t sharp enough to recognize that you could get votes from the 47% or that you in fact only care about some far smaller subset of the population than the 53%--a subset of people so rich and so privileged that they would never have been a part of the 47%.  Either way, the idea that you could conceivably become President makes me want to weep.

Jay Wexler  is a law professor and the author of three books, most recently The Adventures of Ed Tuttle, Associate Justice, and Other Stories and The Odd Clauses: Understanding the Constitution through Ten of its Most Curious Provisions.
Posted by Julianna Baggott at 12:00 PM

THE CURRENT MUST READ

Alise Hamilton writes about her grandfather, an Onondaga Iroquois man, who served during the Korean War and is now retired disabled veteran. Read this beautiful tribute by clicking here.